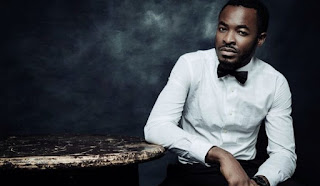 Star actor OC Ukeje has released the video for his song Potato Potahto which is also the sound track for the movie with the same title. The video for this track which was produced by Egar Boi and features Vector was shot in Durban, South Africa.
“I actually started singing before becoming an actor. When acting took over my life, I said to myself that my time as an artist will come one day. So when the opportunity came it seemed as a natural step for me to take,” says the talented actor and artist OC Ukeje.

The song “Potato Potahto” was produced by international record company Kingstone Records at Peaceville Entertainment’s studios in Lagos. The collaboration between the actor and singer OC Ukeje, star rapper Vector and genius song producer Egar Boi is the result of an excellent fusion between creative minds.

“Potato Potahto” is the main soundtrack of the Award-winning film with the same name that will premiere in movie theaters from November 2017. The film stars some of Africa’s top actors including OC Ukeje, Joselyn Dumas, Joke Silva, Blossom Chukwujekwu, Chris Attoh, Nikki Samonas, Adjetey Anang, Lala Akindoju, Victoria Michaels and was directed by award-winning Shirley Frimpong-Manso.


Copy the link below and Share with your Friends: