Nobody, a Track by popular Nigerian Disc Jockey, DJ Neptune has hit 8million streams across all streaming platforms in less than one month. 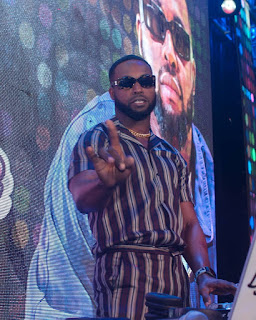 DJ Neptune who took to his Twitter page to reveal this great feat revealed that the song hit 8 million streams in l22 days.

Giving an analysis on the breakdown of the streams, Audio Mack had the highest amount of streams with about 2.4 million users streaming the songs followed by Apple music with about 2 million streams.
Featuring Mr Eazi and Joeboy in what seems to be the song of the moment, Nobody by Dj Neptune is one of the best songs released in between February and now.
At the bottom of the list was Instagram with about 100,000 streams followed by boom play which had about 400,000 streams.
Taking to his twitter page to share the good news to his fans DJ Neptune wrote :