“How I Lost ₦180 Million To Fraudsters” – Harrysong Voiced Out 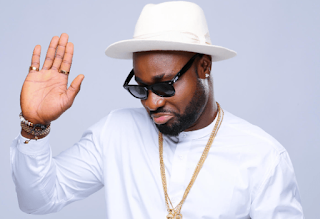 Nigerian singer, Harrysong has finally shared in detail how he was duped of ₦180 million years ago.

The singer about two years ago posted a very disturbing message on social media about death and fans were immediately concerned about his well being. He wrote: “Don’t cry wen i die, celebrate, put up a kingmaker concert, empower more youths,.. I have lived.. I have done my bit, carry on in grace… TEKERO? I LOVE YOU ALL.”
All attempts to reach out to him were futile and after a while, the singer came back like nothing ever happened. However, in a recent interview, the singer finally opened about what prompted him to make such a move. It appears the singer was actually duped of 180 million Naira by fraudsters.
According to him, he was saving up for a business in the oil and gas sector but ended up getting duped. The singer further revealed that he had a lot of money at that time but he was very much saddened by the news

“I know it was everywhere about how down I was. I already had plans for 2020 – I was saving for a business. I’m from Delta State and we have oil. I was saving to get into a major business in oil and gas and I was duped. When I got the news that I had been duped of N180 million, it was almost everything to me at the time.
When I said I was down, I was really down. But thank God for grace that we’re back stronger. Now, there’s life and talent – we are ready for the next phase. People thought I was going to die, but I wasn’t (laughs). It’s only been a year and some months since then and I have more. While there’s life there’s hope. Almost everybody; those who loved me, those who hated me, the ones that wanted to stand by me, some called to check if I had really died (laughs), but almost everybody reached out.


Copy the link below and Share with your Friends:

Title : “How I Lost ₦180 Million To Fraudsters” – Harrysong Voiced Out
Description : Nigerian singer, Harrysong has finally shared in detail how he was duped of ₦180 million years ago. The singer about two years ago p...
Rating : 5
Related Posts: Ambassadors, Awards, Celebrities, Entertainment, Media Personality, News